Full, timely and consistent implementation of Basel III is fundamental to a sound and properly functioning banking system that is able to support economic recovery and growth on a sustainable basis. Consistent implementation of Basel standards will also foster a level playing field for internationally-active banks. In December 2017, the Group of Central Bank Governors and Heads of Supervision, which is the Basel Committee's oversight body, endorsed the finalisation of Basel III reforms. Following a one-year deferral to increase the operational capacity of banks and supervisors to respond to COVID-19, these reforms will take effect from 1 January 2023 and will be phased in over five years.

The FSB published in November 2020 its on 2020 annual report the implementation and effects of the G20 financial regulatory reforms. Below is an extract from this report on the status of implementation of Basel III.

Regulatory adoption of several core Basel III elements has generally been timely to date, but there are delays in some FSB jurisdictions in implementing other Basel III standards 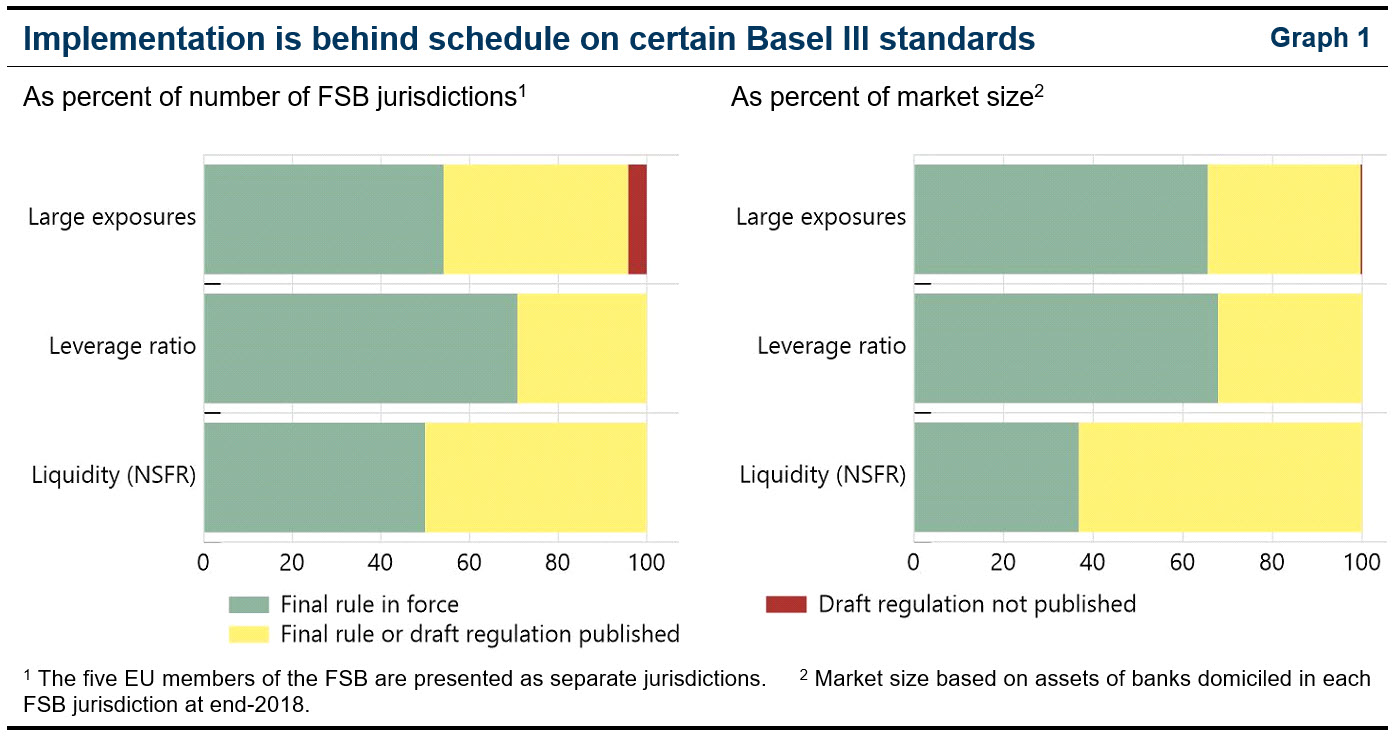 Recent assessments of consistency of implementation with Basel standards are positive.

Authorities in many jurisdictions have taken regulatory and supervisory measures to alleviate the economic impact of COVID-19 on the banking system. The large majority of these measures make use of the flexibility embedded in the Basel framework.

For further information, see the latest BCBS report to G20 Leaders on implementation of the Basel III regulatory reforms (November 2020).