Overall implementation of the G20’s OTC derivatives reforms was already well advanced by 2020, but there has been further incremental progress across FSB member jurisdictions since the previous annual report in October 2020. 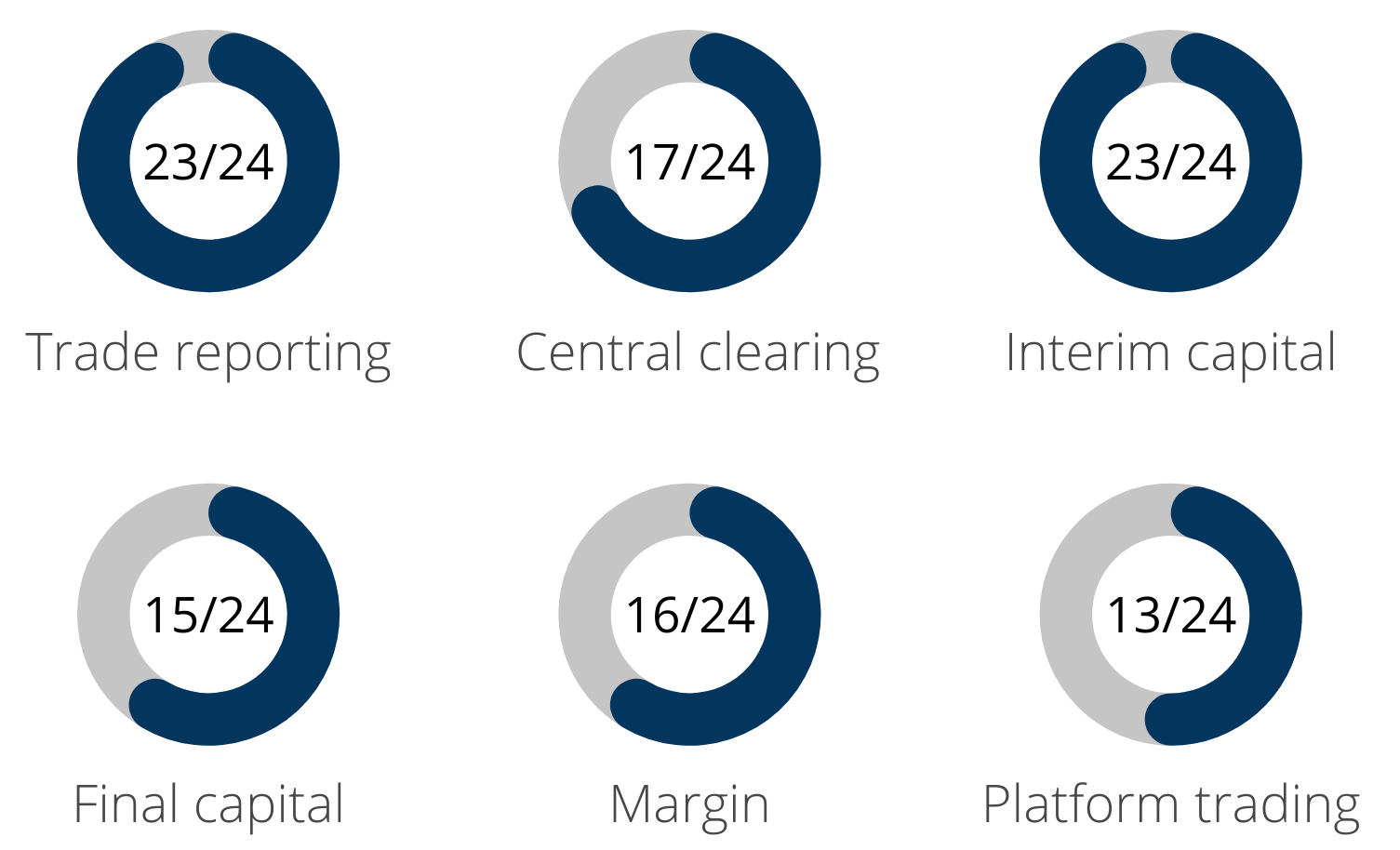 The report also notes that most jurisdictions have withdrawn or have not extended measures previously introduced to alleviate the operational burden for OTC derivatives market participants in response to COVID-19. Changes to market and counterparty credit risk frameworks and margin practices to limit and mitigate excessive procyclicality have been embedded into jurisdictions’ supervisory frameworks.