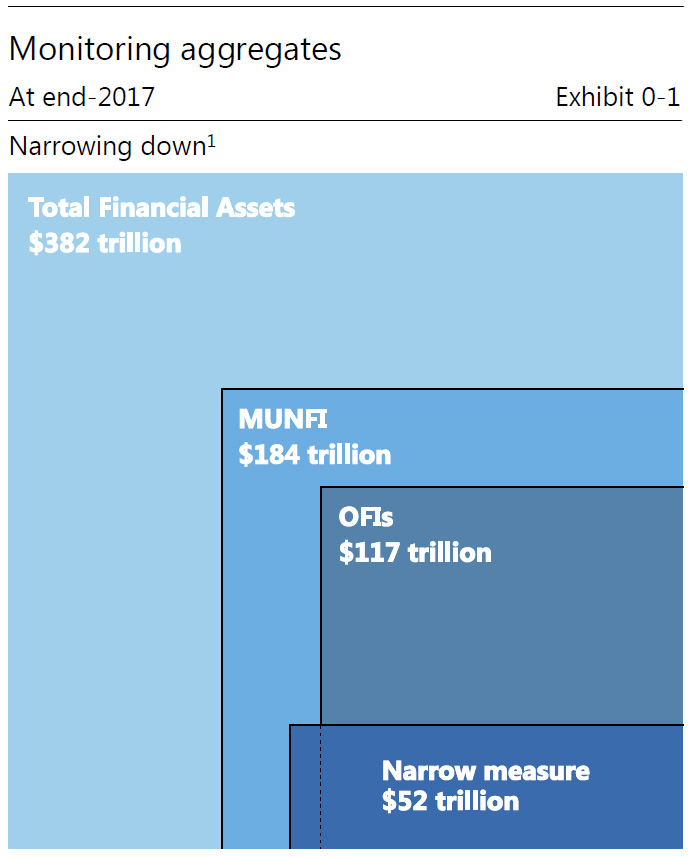 Section 2 provides an overview of the size and growth of all sectors in the financial system. Among them, “Other Financial Intermediaries” (OFIs) aggregate, which includes all financial institutions that are not central banks, banks, insurance corporations, pension funds, public financial institutions or financial auxiliaries, grew by 7.6% in 2017 OFIs’ growth exceeded that of banks, insurance corporations and pension funds. With $116.6 trillion, OFI assets represent 30.5% of total global financial assets, the largest share on record. Among the OFI sub-sectors, in 2017 structured finance vehicles grew for the first time since the 2007-09 global financial crisis.

Section 3 assesses the interconnectedness between non-bank financial entities and banks and among non-bank financial entities and cross-border linkages. In aggregate, banks and OFIs have become marginally more interconnected through credit and funding relationships in 2017, at levels similar to 2003-06. Investment funds and money market funds are the largest OFI sub-sectors that provide credit to banks. 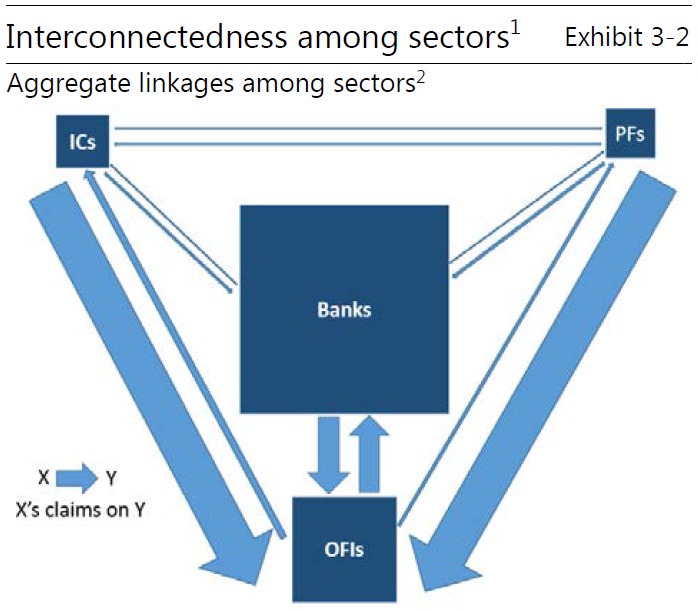 Section 4 focuses on those parts of non-bank financial intermediation where bank-like financial stability risks may arise. The narrow measure of non-bank financial intermediation, which reflects an activity-based “economic function” assessment of risks, grew by 8.5% to $51.6 trillion in 2017, at a slightly slower pace than 2011-16. Since 2011, the Cayman Islands, China, Ireland and Luxembourg together have accounted for over two-thirds of the dollar value increase. The narrow measure represents 14% of total global financial assets. Key components include:

Datasets from the report are publicly available for use in accordance with the FSB’s normal terms and conditions.