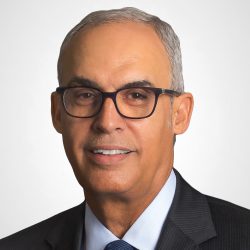 Mr. Al Maraj has been Governor of the Central Bank of Bahrain (CBB), previously the Bahrain Monetary Agency (BMA), since January 2005.

As Governor, Mr. Al Maraj carries ministerial ranking and is the chief executive of the CBB, which is responsible for ensuring monetary and financial stability in Bahrain. The CBB is also the single regulator of Bahrain’s financial services industry.

Mr. Al Maraj has a wealth of experience in finance, engineering and management and has served with the Government and the private sector.

Prior to his appointment as CBB Governor, Mr. Al Maraj was General Manager and Chief Executive Officer of the Arab Petroleum Investments Corporation (Apicorp), which is based in Dammam, Saudi Arabia.

Currently, Mr. Al Maraj is on the Boards of the Economic Development Board (EDB), National Oil and Gas Authority (NOGA).