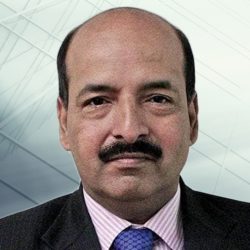 Shri Vishwanathan, a career central banker, joined the Reserve Bank of India in 1981. His areas of expertise include regulation and supervision of banks, non-banking finance companies and cooperative banks, currency management, foreign exchange and human resources management. He had a three-year secondment to the Bank of Mauritius, the central bank of Mauritius, as Director, Supervision. He has also been the head of Chennai Regional office of the Reserve Bank.

Shri Vishwanathan was the Reserve Bank nominee on the Board of Directors of three public sector banks at different points in time. He was also the Chief Vigilance Officer and Head of Internal Audit, IFCI. He has been associated with various committees, working groups, and task forces. He represented the Reserve Bank in various international Committees. These are: Member of the Policy Development Group, BIS, Basel, Member of Macro Prudential Policy Group BIS, Basel, and Executive Committee Member of the International Credit Union Regulators Network.

Born on June 27, 1958, Shri Vishwanathan holds a Master’s degree in Economics from the Bangalore University.