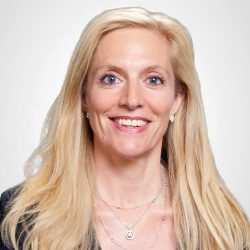 Vice Chair, US Federal Reserve Board

Lael Brainard has served as a member of the Board of Governors of the Federal Reserve System since June 16, 2014.

Prior to her appointment to the Board, Ms Brainard served as Under Secretary of the US Department of the Treasury from 2010 to 2013 and counselor to the Secretary of the Treasury in 2009. During this time, she was the US representative to the G-20 Finance Deputies and G-7 Deputies and was a member of the Financial Stability Board. She received the Alexander Hamilton Award for her service.

From 2001 to 2008, Ms Brainard was vice president and the founding director of the Global Economy and Development Program and held the Bernard L. Schwartz Chair at the Brookings Institution, where she built a new research program to address global economic challenges.

From 1990 to 1996, Ms Brainard was assistant and associate professor of applied economics at the Massachusetts Institute of Technology's Sloan School of Management. She has published numerous articles on a variety of economic topics and is the editor or coeditor of several books.

Ms Brainard received a BA with university honors from Wesleyan University in 1983. She received an MS and a PhD in economics in 1989 from Harvard University