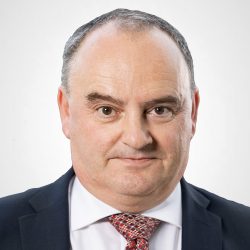 Professor Henry Ohlsson, born 1956, is Deputy Governor at Sveriges Riksbank since January 2015. He is on leave from a professorship in Economics at Uppsala University. Henry Ohlsson has been a member of FSB-RCG Europe since 2015. He is also a member of ECB’s International Relations Committee (IRC).

Henry Ohlsson's research is mainly in the fields of public economics and labor economics and he has published more than 40 articles in international scientific journals. He is a member of the Nordic Tax Research Council since 2011 and the Swedish Tax Academy since 2013.

Henry Ohlsson was a member of the university board of Uppsala University 2010-2015, elected by his peers. He was member of the board of the Swedish Public Employment Service 2007-2015, appointed by the government, and a member of the Economic Council of Sweden 2001-2007, the last two years as chair. Henry Ohlsson was also one of four independent economists in the Economic Council for Swedish Industry 1997-2015, the last year as chair. The council is appointed by the social partners within industry and advises the partners.