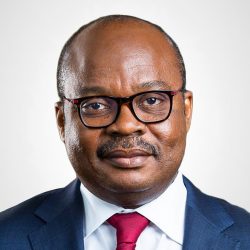 Co-Chair RCG for the Sub-Saharan Africa

Dr. Addison joined the Bank of Ghana in 1996, during which time he served on a number of committees including the Open Market Operations Committee, Money Market Auction Committee, the Editorial Committee and also secretary to the Financial Programme Implementation Committee and the Financial Policies Committee. In 2000 and on secondment, he was appointed the chair of a Special Task Force set up by the Authority of Heads of State of ECOWAS to lead studies culminating in the setting up of the West African Monetary Institute (WAMI) and subsequently appointed Chief Economist at the Institute.  He returned to the Bank of Ghana in 2002 where he served for nearly a decade as, the Bank’s Director of Research.

At the African Development Bank, Dr Addison worked as the lead regional economist for the Southern African region. In this capacity he led Dialogue Missions to many countries, including Mauritius, Lesotho, Swaziland, Angola and Zambia and technical teams in Preparation of New Country Strategy Papers (CSP’s) and mid-term reviews for Angola, Lesotho, Malawi, Mauritius, Mozambique, Sao Tome, and Zambia. He also led the technical team for the study of the Indian Ocean Strategy including leading Missions to Seychelles, Mauritius and Madagascar.